Recommended not just because it's Wood on Price, and because it's really an essay on the use of dialogue in fiction, but because it refers to Henry Green's Loving (not that surprising, given that it's Wood, but always a welcome sight), and because it quotes one of the characters in Price's novel on how he knew the event he was at was a poetry reading: “I guess it was poetry because it had that pronouncement thing, you know, where you say each word like you’re angry at it?”

Exactly.
Posted by nathan at 2:37 PM No comments:

From The Finishing School by Muriel Spark:

“You begin,” he said, “by setting your scene. You have to see your scene, either in reality or in imagination. For instance, from here you can see across the lake. But on a day like this you can’t see across the lake, it’s too misty. You can’t see the other side.” Rowland took off his reading glasses to stare at his creative writing class whose parents’ money was being thus spent: two boys and three girls around sixteen to seventeen years of age, some more, some a little less. “So,” he said, “you must write, when you set your scene, ‘the other side of the lake was hidden in mist.’ Or if you want to exercise imagination, on a day like today, you can write, ‘The other side of the lake was just visible.’ But as you are setting the scene, don’t make any emphasis as yet. It’s too soon, for instance, for you to write, ‘The other side of the like was hidden in the fucking mist.’ That will come later. You are setting your scene. You don’t want to make a point as yet.”

Posted by nathan at 7:34 AM No comments:

My son's "favourite author" (his words) is profiled in the NY Times.

He gobbles those books up at a rate of about 4 or 5 per week – which may be a conservative estimate. He has a box – a war-surplus crate that used to hold grenades or something – in which he keeps them all. And trips to Value Village are always being requested, because he knows he can pick up half a dozen of the books for about two dollars. He has already started to eye the Stephen King paperbacks on the adult shelves – It being of particular interest. (Killer clowns? Sign him up.)

Some kids go through a kind of "reading puberty" just before the onset of real puberty. Even kids who are book-friendly from the moment they can hold one can go through a spurt that looks almost manic. My own is acting like a little pothead when it comes to reading – there's very little that can get his attention when he's on the stuff. I knew a kid, who is in her mid-teens now, who used to lock herself in a lit, walk-in closet in the basement of her house and spend the entire day reading in her pajamas. The losses in Vitamin D exposure, exercise, and basic socialization are outweighed by the benefits of getting in the habit early. Everyone knows that the fat, pasty-faced weirdos become the cool kids later on. Or sex offenders. But you have roll the dice.
Posted by nathan at 8:56 AM 3 comments:

What's Ricky Gervais up to?

The concept of "blogging for the express purpose of promoting cultural product" – which I invented, about a year or so ago – is really catching on, isn't it?

Ricky Gervais, busy putting together his latest movie – Liar Liar II or something like that – has taken the idea and run with it.

I recently came across a quote I had dog-eared in Typing, Matt Cohen's memoir:

My discovery of my own voice came along with the realization that I was the kind of writer who wrote much better when I was writing about other people. Only when it was about other people did my writing seem to have the freedom, the texture, the conviction, that had been so lacking from my earlier efforts, all of which had centred around various imaginary versions of myself.

Cohen spent a long time trying to write the kind of proudly solipsistic, defiantly avant-garde and non-linear prose that he saw as a kind of challenge to Canada's Scotch-protestant culture and that was big among his literary peers at the fledgling House of Anansi and Coach House presses. Somewhat to his own horror, he found himself – after a couple of failed novels of just that sort – drawn more and more to the idea of writing about the lives of seemingly boring and non-avant garde people in rural Ontario.

Probably not hard to figure out why I marked that particular quote.

Beckett's novel trilogy spun my head around when I first read it. And while I am not nearly as hot for the stuff as I once was, I spent a couple of years gobbling up everything by and about Donald Bartheleme I could get my hands on.

On the other hand, Alice Munro's stories, however brilliant they are individually, still tend to make me a little restless after about three or four in a row.

And yet, in my own writing so far, I see very little Beckett (though there is definitely some, in altered form) and no Barthelme at all. But I do see repeated attempts to achieve the kinds of effects that Munro is a master of, effects that bring with them a certain amount of dryness and distance, along with the itch for lives depicted with a little more raucousness and mess.

Thinking about the first novel about to drop out the chute – which I try not to at this point, focusing instead on the mechanics of publicizing it, and on the second novel currently in the works – I worry that it could have been more raucous and less dry. But I don't regret at all the fact that my own consciousness does not appear as a major character.

This has been a very self-indulgent post about literary self-negation.


ADDED: Before anyone makes the objection, I should say that I'm only talking about myself here, and only about the way I mostly write right now. I am fully aware that some of the greatest works of literature were born out of thinly veiled autobiography.

And I reserve the right to one day write a series of novels about Jason Whitelore, the handsome and unconventional young dreamer from nowhere who is forced to make his way, aided only by his boundless charisma, wit, and libido.

I'm also in the middle of Reinhold Kramer's upcoming bio of Mordecai Richler, a writer who made a lot of sweeping (though mostly dead-on) statements about novelists shamelessly (if backhandedly) congratulating themselves in their fiction, and whose best novels do exactly that.
Posted by nathan at 6:30 AM 1 comment:

Help wanted: I'm doing a reading in Montreal on May 5 as part of the Literary Press Group's "Fiery First Fiction" campaign.

I'm arriving in town the day before, and have a place to stay Sunday night, but does anyone have suggestions as to cheap places to stay downtown Monday night?

Offers of friendly couches or spare rooms will be met with gratitude, the purchase of the drink of your choice, and a free copy of my book. (Which can always be exchanged for one you actually want to read.) I can handle no-star hotels/hostels, though.

UPDATE: Found a room, right above where I'm doing the reading. And it's cheap. Can't get simpler than that.

(Many, many thanks to Carmine, Chris, Zach, and Gary for the help and the offers.)
Posted by nathan at 8:37 AM No comments:

A Week of This just received its first review – a positive one – in The Library Journal in the US.

This is either a good omen or a last pat on the head before running the gauntlet.
Posted by nathan at 4:30 AM No comments:

Who would have thought anything so fun/good/heartening could come out of The Breeders this late in the day?

It's not a clincher, but it's a good sign. Part of me thinks they could/should have stretched that groove out over a few more minutes.

Still, somewhere Frank Black is jumping up and down on his cowboy hat, Warner Brothers cartoon-style. ("Dagnabbit!")
Posted by nathan at 5:31 PM 2 comments:

We are somewhat awesome!

They've changed it online, but in the paper the headline for this story was:

Canada's shaking things up a bit.

I dunno – still feels insufficiently qualified. A tad? A tinch? Within proscribed limits?
Posted by nathan at 4:40 PM 3 comments:

My Unwritten Books by George Steiner

My review of George Steiner's My Unwritten Books is online here.

Someone – smarter, better read, and with a significantly more puckish literary sensibility – could do a whole study of the peculiarly Borgesian faith in the power of non-existent books.

Maybe someone already has, and I just haven't heard of it. Wouldn't be the first time.
Posted by nathan at 4:54 PM 3 comments:

You can't be down with one of these around: 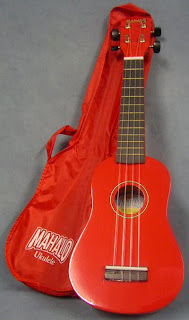 And so I bought one. And it looks exactly like the one in the picture.

Life may not be good, ever, but it just became a wee bit more bearable.
Posted by nathan at 8:22 AM 5 comments: