Wad is the what (or, late-night immature blogging) 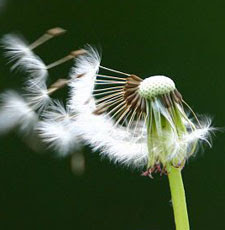 Come on, you have to admire the man's spunk in raising such a loaded issue. Takes balls.

Furthermore, skeet skeet!
Posted by nathan at 1:14 AM No comments:

Every parent creates their own life-raft of kids' movies they can stand to watch over and over – for they will have to watch them over and over. And over. My own includes The Iron Giant, both Toy Story movies, and a couple of others, like The Secret of NIMH. I've also cheated a little by getting both of my kids addicted to Buster Keaton. (The General deserves all the hype that has been thrown at it, and One Week seems to exist on some thin-aired plane of pure comedy.)

All Miyazaki films falls into the life-raft category, but it's his gentler, less epic and lesser-known films that I love the most. Films like Kiki's Delivery Service and this one. Miyazaki is not only a master of utilizing child logic - for example, the notion that spirits and magic powers simply exist, even if not everyone can see them at work – but also child time, where a day can be like a season, emotionally and experientially. Those two movies unfold so gradually, they almost feel improvised – which is a feat for something animated. (According to this interview with Miyazaki, they are partly improvised.)
Posted by nathan at 10:10 AM 1 comment:

Posted by nathan at 6:09 AM No comments:

Wolcott on Steyn on Black

= the most brilliant thing ever this week.

Not overwhelmed by the song, but I'm not hating it either*, like I did a lot of the stuff off the 'ye's last record. He's better when he keeps the (derivative) beat simple and doesn't go for the hip hop equivalent of the Hallelujah Chorus every time. The rap, on first blush, appears to stick to his usual themes: he loves Jesus, his mama, money, and himself. Oh, and he still can't rap.

Apparently, a group of "let's put on a play in the barn"-type kids are organizing an event in the empty lot across the street from me, the lot that was supposed to have been turned into a new mega-station for police, but which sits empty because the ground is full of arsenic, or rather some highly toxic industrial byproduct from the days when the factories on Lansdowne were used to make all kinds of nasty crap. Perfect place for a party!

To quote the invite:

You are also welcome to contribute to the Land of the Lost structurally, by building a fort or whatsoever your little heart desires.

From that, I'm guessing the place will be filled with a bunch of ten-year-olds with cultural studies degrees.
Posted by nathan at 10:37 AM 1 comment: 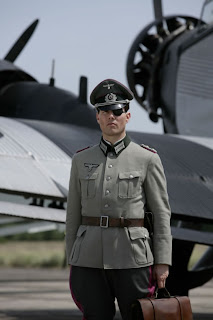 You know, just this past week I was semi-defending Tom Cruise as an actor, saying he does okay in roles that play to his fundamental soullessness...
Posted by nathan at 3:21 PM No comments:

My review of Hynes's newest here.

(Note that I fucked up – albeit ever so slightly – the title of Kelman's novel. Paging Dr. Bigge! Well, I was never crazy about that title anyway: always sounded to me like bad dialogue from some TV-movie.)
Posted by nathan at 5:53 AM 1 comment:

Mark Steyn, objective as ever, compares the U.S. Attorney's office to the IRA at its bombiest. He also mocks the idea that Conrad Black is a flight risk, writing "Conrad Black chose not to flee because he believed himself to be an innocent man, and he believed in the US justice system." (Remember, he's talking about a guy who got nailed for moving evidence out of his office in full view of the security cameras...)

Here's a question: given that all of Black's property has been seized, how is that Steyn is still walking around free?
Posted by nathan at 5:32 AM No comments:

Somebody's prostate was acting up....
Posted by nathan at 9:34 PM No comments:

The new Harry Potter: same as it ever was

I'm finding the Guardian's book blog to be mostly filled with dim bulbs kvetching humourlessly about minor issues or being too cutesy – which, I guess, makes it just like every other bookish blog, this one included – but I'm a big fan of John Crace's Digested Reads, and liked his entry on the perils of trying to speed-digest embargoed books.

I especially liked his take on the coming HP:

There again, anyone who's read the first six Harry Potter books, could probably knock off a review of the seventh right now. So here's mine.The book will start witph Harry making his way back to Hogwart's for his final year and his scar will be hurting. Ginny and Ron will be flirting a bit, while Harry tries to take himself seriously by almost swearing. There will be loads more unedited, not very interesting back story that should have been cut and there will be a 'terrifically, exciting denouement that I can't reveal as I don't want to spoil the plot in which two much-loved characters die'. Oh, and JK will make another fortune.

It reminded me of the time I offered to read and review Order of the Phoenix for Maisonneuve magazine, all in one day. Here's part of the results online. I can still remember that day – sticking to the couch, skimming dialogue (something I'd already mastered while co-reading the other ones to my son), watching with dread as the sun went down, the boy having barely got to frigging Hogwarts...
Posted by nathan at 9:06 PM No comments:

My review of Gwynne Dyer's The Mess They Made: The Middle East After Iraq here.
Posted by nathan at 4:09 PM No comments:

Posted by nathan at 6:27 PM No comments:

Be cool or be cast out

I remember the year in high school when the affectedly disaffected discovered the term "non-conformist." It was like finding a potion in the woods, booze under the bridge. Within weeks, we were all non-conformists. All those others, all the ones who seemed to have it so easy, who slipped through life as if sliding down a greased pipe, the happy ones, the popular ones – suddenly, we had a name for them all: they were the conformists.

Non-conformist was a brilliant spell we could cast on ourselves whenever we wanted. Whenever we felt stupid or poor or awkward or out of touch or naïve. Get jostled or mocked by a few thick-necked jocks or preps or stuck-up girls with cars, and – Shazzam! – we were non-conformists.

A year or two before that it was mind games – everyone was playing mind games on everyone else. It was like an army of Mandrakes versus an army of Reveens. A year or two after that it was existentialism – another brilliant spell to be self-cast. Somewhere in there was the time everyone suddenly went gay – Lou Reed gay; Morrissey gay; heroin gay – then everyone became a born-again Christian. Then mostly everyone smoked too much pot, or burned through their student loans too fast, or never bothered with college or university in the first place (non-conformist) and ended up back in town, trying to avoid the one girlfriend they couldn't convince to have an abortion.

Many decades before that, it was called being an outsider, and it sounds just as lame and falsely courageous being celebrated by a middle-aged novelist as when earnestly declaimed by a drunk and high eleventh-grader in an army jacket in the back of a car.
Posted by nathan at 8:44 PM 4 comments: